Our team of aspiring engineering students are developing a small payload to send to the stratosphere via the flight assistance of a high altitude weather balloon. The payload, dubbed
​K3-V1N, will serve the purpose of conducting science experiments and collecting data in order to give our team a better understanding of the workings of a real-world engineering challenge.

All data has been successfully extracted from K3-V1N and the team now continues to work on the final presentation. Vanessa and Maya are taking responsibility for the structural section, Robert is taking the sensor and battery sections, Anyell is taking the Geiger counter section, and Dan is taking the media capture section.

Due to mechanical failures, the camera used to capture the flight was stopped mid-flight and we did not record the balloon burst or the descent. Luckily, our partnering team at GCC, Ikaris was successful in not only capturing the duration of the flight, but capturing the balloon burst from a bottom up view. The first nine images that follow belong to team Ikaris, congratulations on a successful flight. 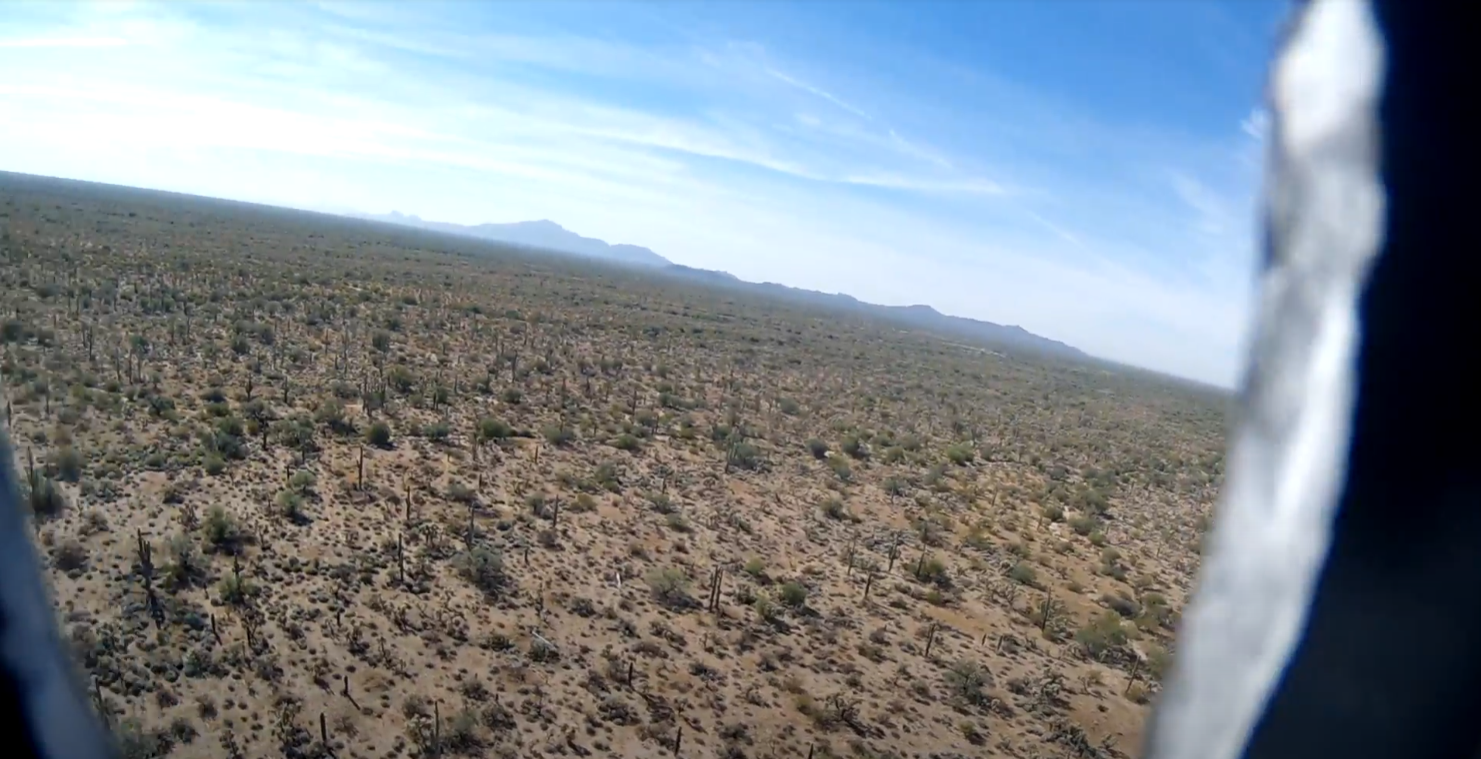 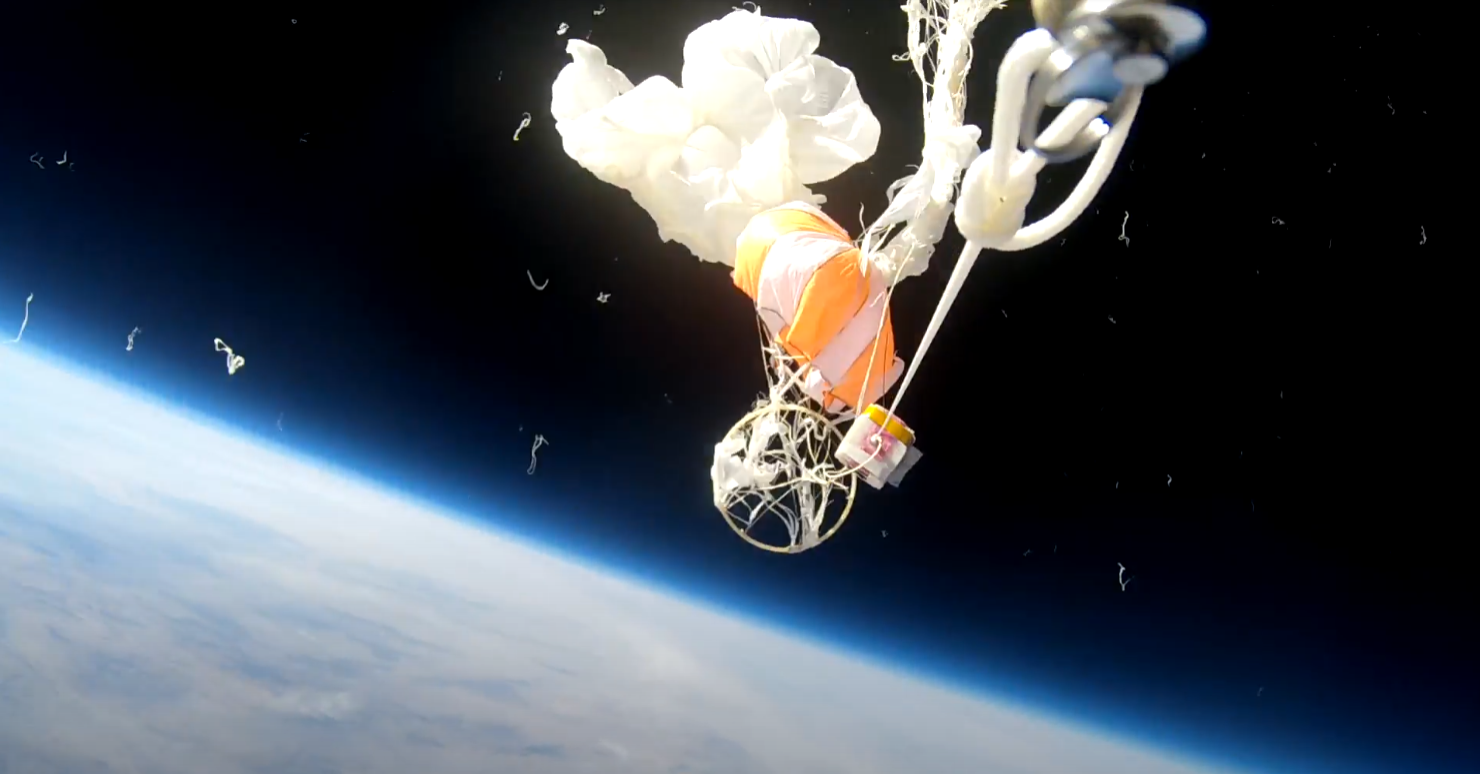 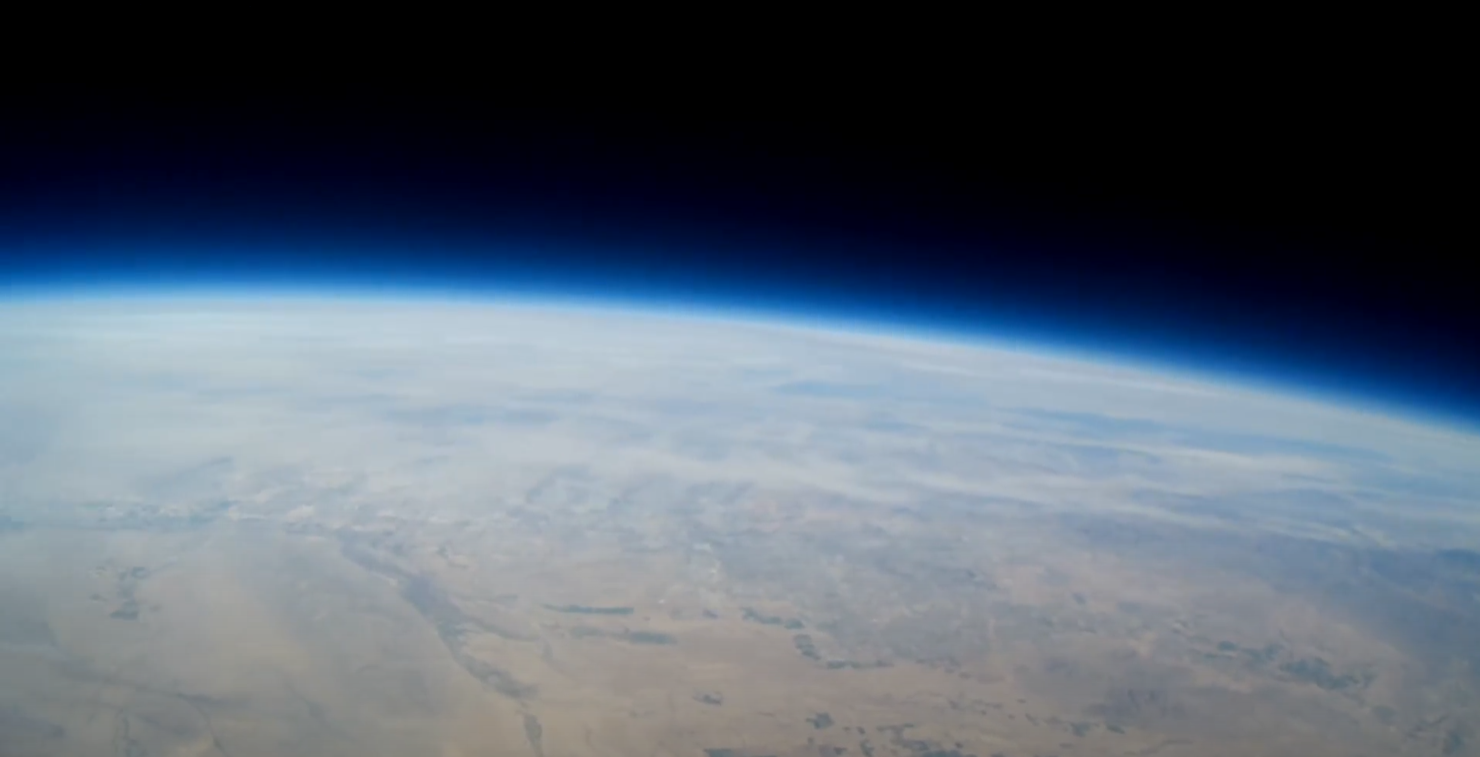 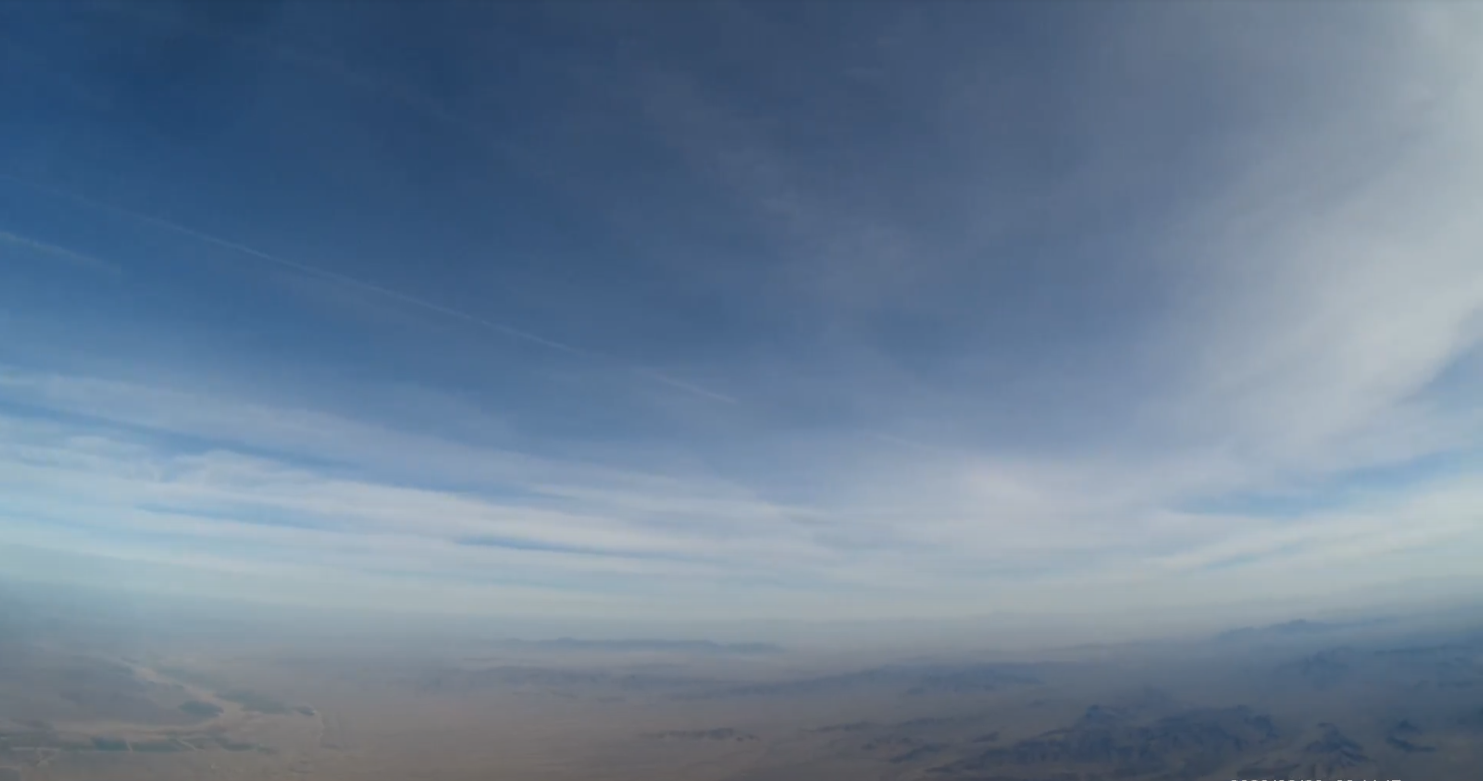 K3-V1N has been prepared for launch and has been attached to the community flight line supported by ANSRs weather balloon.

K3-V1N was fully recovered and the team has taken the device back for data recovery/analysis. 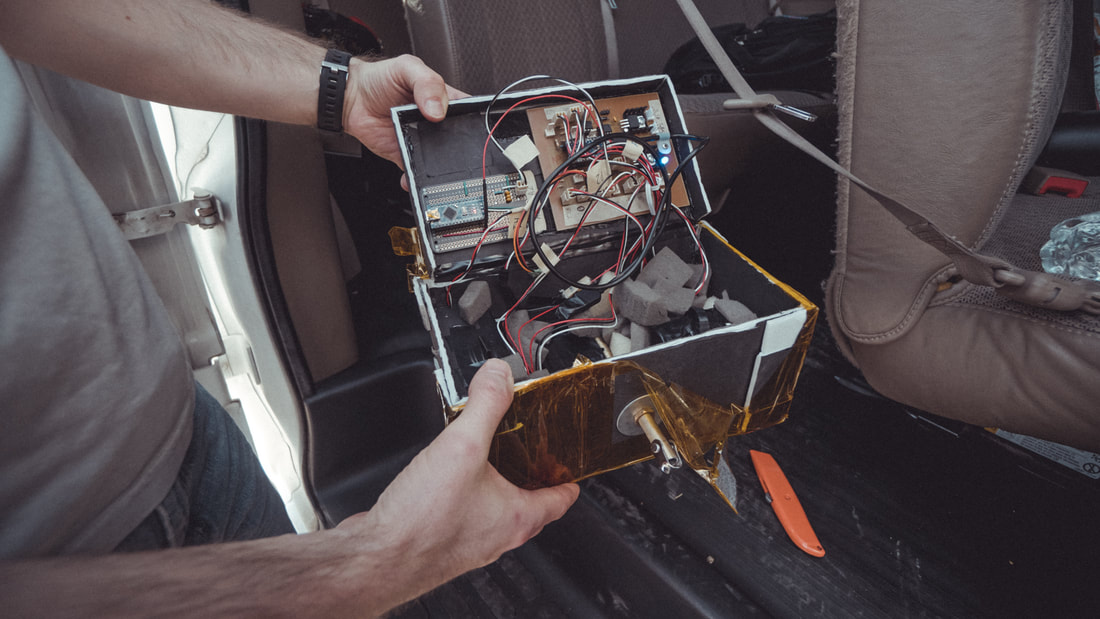 K3-V1N has been handed off to the professoring team to mitigate last minute engineering scrambles on 11/12. Robert has taken responsibility for the powerpoint presentation that we will be displaying at the payload summit.

11/19: We are currently at the NASA sponsored hotel in south Tempe. We were given K3-V1N for battery charging purposes and have presented our payload to the participating colleges at the payload summit.

As we enter the last week before launch we have begun the finishing touches and final testing on K3-V1N.

The RunCam2 has been successfully integrated with the main circuit board and receives the proper 5v needed to record video. A 128gb micro sd card has been donated to the RunCam2 to ensure that the entirety of the flight is recorded and stored in memory. In addition, power removal has been tested to see when the writing of the video feed is cut off when the main power plug to K3-V1N is pulled.

The verification of the pressure sensor has been completed. The sensor reads voltage output as expected and Robert has created an equation spreadsheet to convert voltage to PSI.

Battery tests have been conducted. A proportional constant factor value has been calculated that will fix the offset from the true voltage that the Tera Term software outputs. This calculated constant will be used to offset future data collected by the flight data recorder. The battery life was also calculated and found to be about 3 hours 40 minutes to 3 hours 52 minutes at room temperature.

Duration tests have been conducted ranging from 2 to 5 hours in both room and freezing temperatures. A few anomalies in the data output were seen and remedied.

The team has continued to work on the prelaunch analysis documentation in preparation for the final report that will be submitted at the close of the semester.

The latest weight reading for the payload in its entirety has been measured to be 23.31 oz. (1.46lbs.) A few minor finishing touches will be added to the payload, but it looks like our team will be comfortably within our limit as discussed between both groups. ​

​T-Minus 14 days until K3-V1N realizes its potential and true purpose in life.

All sensors/cameras have been distributed amongst the crew for familiarization, calibration, and testing. Robert has taken the temperature sensors and accelerometers, Maya has taken the pressure sensors, and Dan has taken the RunCam2.

Courtesy of the structural team, the exterior housing for K3-V1N has been fully constructed and is ready for functionality and component testing. In addition we have weighed the housing, interior and exterior components, and Anyell’s additions and have come to a total weight of 25 ounces, which has been accepted by the team over at ANSR.

Additionally, the design of a pre-flight check list has been started to ensure on launch day that all functionalities of the K3-V1N unit are operating as intended.

As we approach T-Minus thirty days until launch, the crew has continued to conduct research and development on the payload.

The Pro-Micro has been set up with the flight software. In addition, all of the on-board temperature sensors have been calibrated and tested using dry ice environments.

The payload development team has constructed and presented what we believe to be the final iteration of the component housing device and will complete the final device by the following week.

Finally, our team has decided to give our payload a name like the space bearing machines that have come before ours such as Sputnik and Curiosity.

In addition, further testing has been conducted on our PCB as well as the sensor suite.

In the past three weeks, since this post, the crew has been hard at work and has completed the creation of our custom printed circuit board (PCB), tested and placed all of our hardware components onto the board, soldered the components to the PCB, and tested the electrical continuity of the board and hardware.

In addition, we have also successfully made first contact with the Pro-Micro board with an external computer.